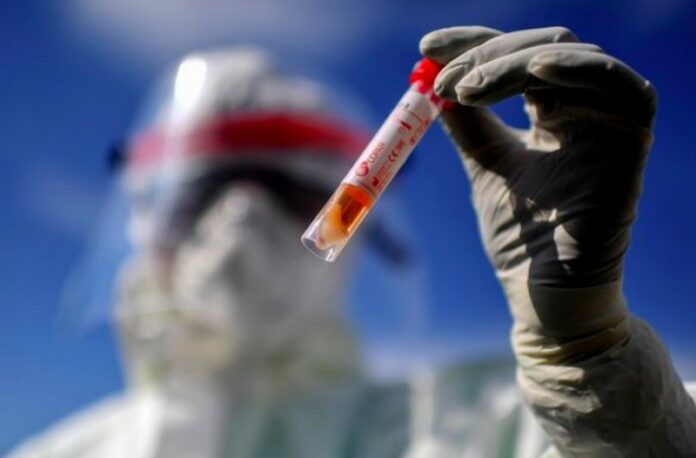 The mass testing programme would cost £100bn – almost as much as the government spends on the NHS each year (£130bn) – according to a briefing memo seen by the medical journal The BMJ.

Leaked documents reportedly show the government plans to carry out up to 10 million coronavirus tests a day by early next year, but critics say the proposals represent “waste/corruption on a cosmic scale”.

A separate document revealed there were plans to grow the UK’s testing capacity from the current 350,000 a day to up to 10 million a day by early 2021.

On Wednesday, Prime Minister Boris Johnson announced ambitious plans for millions of people to be tested for coronavirus every day, in what he characterised as the “Moonshot approach”.

These documents provide more detail on what the government hopes to achieve, including plans for private companies GSK, AstraZeneca, Serco and G4S to help carry out the proposals.

But some scientists have already expressed doubts, while a memo published by the government’s scientific advisory group (SAGE) last week warned mass testing could lead to an increased number of false positive results.

“This is waste/corruption on a cosmic scale.”

Others pointed out current problems with the existing test and trace programme after people complained of having to travel hundreds of miles from home to take a test.

“This plan transmits unbounded optimism, disregarding the enormous problems with the existing testing and tracing programmes,” Martin McKee, professor of European public health at the London School of Hygiene and Tropical Medicine, told The BMJ.

Government to give £100 BILLION (!) to private sector pals for ‘Operation Moonshot’ testing plans. As @martinmckee comments, given this lot’s track record, it will be less Apollo 11 (which landed a man on the moon) than Apollo 13 (aborted after two days): https://t.co/NzcRDejmj8

“It focuses on only one part of the problem, testing, and says nothing about what will happen to those found positive, a particular concern given the low proportion of those who do adhere to advice to isolate – in part because of the lack of support they are offered.”

He added: “On the basis of what is presented here, this looks less like Apollo 11, which took Neil Armstrong to the moon successfully, and more like Apollo 13.”

Professor Jose Vazquez-Boland, chairman of infectious diseases, University of Edinburgh, was more optimistic about the plans.

“The focus of testing currently remains on confirmation of suspected cases (people with symptoms), thus missing the point that most community transmission comes from those who are asymptomatic,” he said.

“Only a mass screening programme, such as this alternative plan announced by the prime minister, which involves the regular testing of all the population for asymptomatic transmitters, can keep COVID-19 under control and eventually lead to its eradication.”

In a document published on Friday, SAGE said the cheaper and faster tests needed for mass testing were less likely to be able to correctly identify positive and negatives than the tests currently used by NHS Test and Trace.

It said that in a population with low infections, twice-weekly tests with 99% specificity would lead to 41% of the population receiving a false positive over six months.

“In such circumstances, rapid follow-up confirmatory testing will be needed to determine whether individuals should continue to self-isolate – it is important to rapidly isolate infectious individuals, but efforts will be needed to quickly release false positives,” it said.

But the committee did say using testing as a point-of-entry requirements for particular settings, such as sporting events, could help these activities resume with a reduced risk of transmission, but would “require superb organisation and logistics with rapid, highly-sensitive tests”.

Under the plans, the Whitehall briefing memo says testing will be rolled out in workplaces, football stadiums, entertainment venues and also at GP surgeries, pharmacies, schools and other local sites.

People will be given digital immunity passports that would allow those who test negative to take part in more normal activities.

Those in high-risk occupations or who are more vulnerable – such as hospital staff, ethnic minority groups and teachers – would be prioritised for regular testing.

The government is banking on technology that “currently does not exist”, the briefing memo says, including a rapid 20-minute saliva test being piloted in Salford, Greater Manchester.

Favourite quote of the day so far, from BBC daily email:
‘The mass-testing strategy is fundamentally flawed, in that it is being based on technology that does not, as yet, exist,” says Dr David Strain, of the University of Exeter.’

Dr David Strain, a clinical senior lecturer at the University of Exeter and chairman of the BMA’s medical academic staff committee, said this means the mass testing strategy is “fundamentally flawed”.

“The prime minister’s suggestion that this will be as simple as ‘getting a pregnancy test’ that will give results within 15 minutes is unlikely, if not impossible, in the timescale he was suggesting to get the country back on track,” he said.